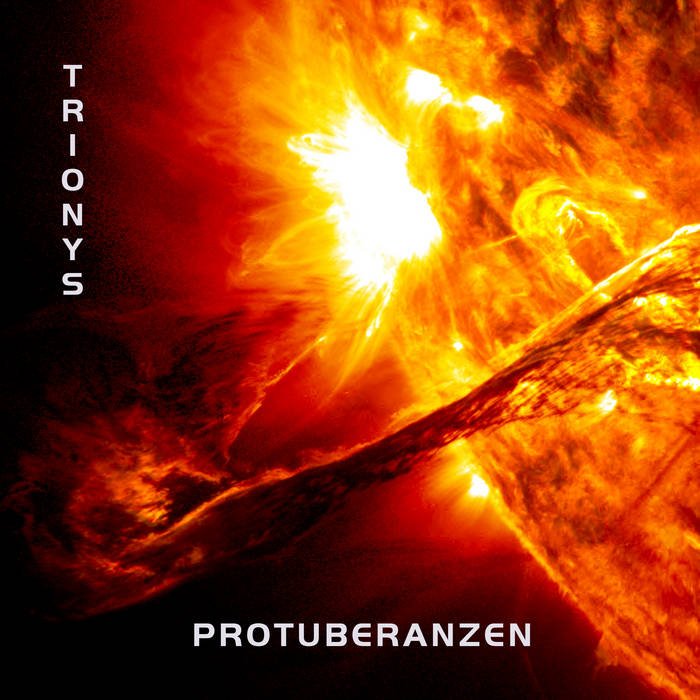 The work of TRIONYS is based on free improvisation. Protuberanzen started off as a series of improvisations performed at concerts from 2009 to 2017 throughout the UK and Germany, as well as at the FIMU in Belfort (FR), and the New York City electroacoustic music Festival.

While refining the music in these live performances, they also recorded the material in studio, finally selecting the best materials to create an overall form that became the fixed, collaborative composition you hear on the album.

The electronics are based on a live electronics program developed by Rainer Bürck. This program includes both MIDI processing and sampling techniques used by the trio in their previous work „Vector alpha“, as well as real-time audio processing using various sound processing modules.

Recorded at the studio of Rainer Bürck over several different sessions from 2010 to 2017.