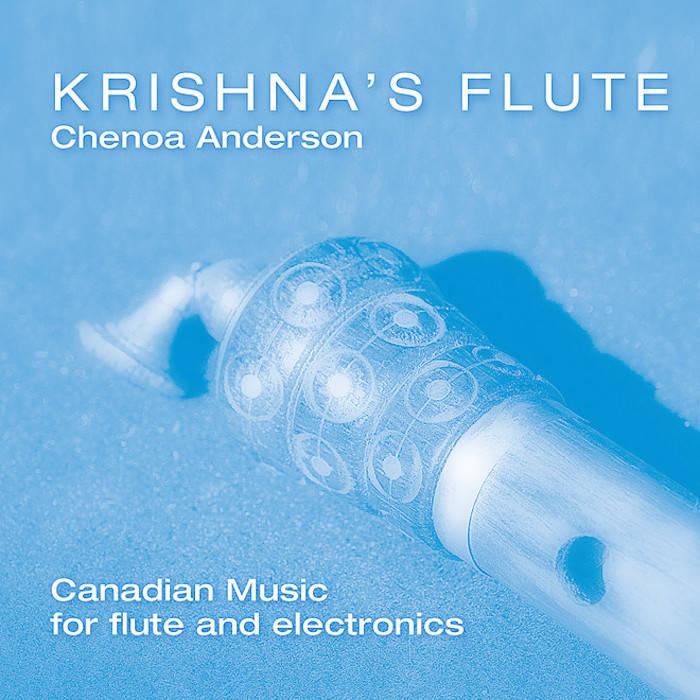 Krishna's Flute is a CD of Canadian music for flute and electronics performed by new music specialist Chenoa Anderson, and composed by six composers from across Canada. Whereas their musical styles may vary, there is a thematic unity to this release: disturbances, turbulent flow, paradise lost… Even the White Dove flies off suddenly at times! In aftertouch the flute disturbs the space with gestures that push a feedback circuit to overdrive. The title track charms us by magnificent and magical sonic extensions. For the tech-savy, these works are created using Max/MSP and Ableton LIVE.

'…the pieces are very evocative and Anderson plays them with conviction and thoughtfulness creating dramatic sound paintings and telling stories. In fact while I listened I was thinking, “this CD is a compendium of all the sounds you can make with a flute!” These pieces require deep listening, but I think you will enjoy the experience very much.'
– The Flute View, August 2014

"Chenoa Anderson's second collection of new Canadian music for solo flute is a fantastic—and often quite fantastical—survey of what's going on, coast to coast, in this admittedly specialized field. Focusing on works that incorporate an electronic element, either through prerecorded sounds or computer-based processing of the acoustic instrument, it’s a subtle and heady affair and would be best appreciated in a quiet listening environment, or through headphones."
– Musicworks, April 2015