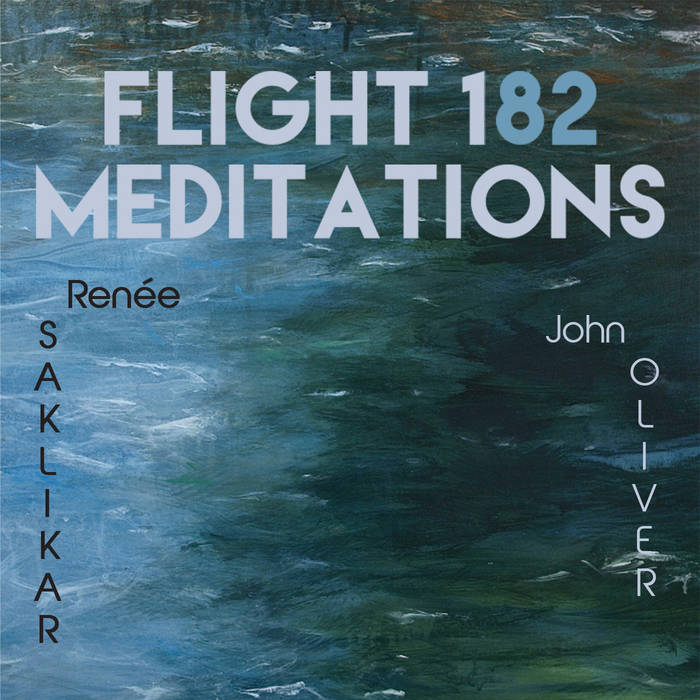 Flight 182 Meditations is a work in several movements, similar to a large symphonic form:

PART 3 - Time's Wheel
9 un/authorized invocation
10 Exhibit: the censor that is Time inserts this sutra
11 C-A-N-A-D-A: in the after-time, always, there is also the before—
12 Exhibit: where visitations occur
13 Evening: N’s Raga
14 from the archive, the weight (2)

In this work you will hear evocations of loss and longing situated within the archive that is Canada/Air India, a nexus of historical and social trauma: the bombing of an airplane on June 23, 1985 in which all 329 passengers and crew were killed, including 82 children under the age of thirteen. Saklikar’s aunt and uncle were among the dead. The work continues Saklikar’s exploration into the nature of individual loss found in the midst of collective suffering, the continued disappearance/appearance of the past. Air India Flight 182 never happened, is always happening…

Oliver's previous work on themes of collective grief finds new expression here, employing a mixture of filmic and documentary techniques with contemporary immersive sound processing. "My objective", the composer says, "was to create a reverberation of meaning that often occurs in the mind of the reader as they absorb a poem in solitary reflection. So as words and sound reverberate and intermingle on reading, I have created such reordering in my sonic creation, going further, to present the listener with heretofore unheard-of new sounds and meaning.

"With eerie sonic overlays, spoken word, and original music, Flight 182 Meditations makes the 1985 bombing of Air India flight 182 real in ways no amount of archival testimony and documentation can. Poet Renée Sarojini Saklikar’s aunt and uncle were among the dead, so Meditations is also an “exploration into the nature of individual loss found in the midst of collective suffering…”

Track 4, “Exhibit: When I Dance A Morning Raga”, blends sitar flourishes, the poet’s personal reflections and legal testimony to transport us in time and place.

If you didn't have a personal connection with the tragedy (all 329 passengers and crew perished) and tuned out news coverage somewhere along its 20 plus years of investigation and prosecution (the most expensive trial in Canadian history), listen to Flight 182 Meditations as a valuable reminder that tragedies like this are not about statistics (as staggering as they are); they’re about everyday people like you and me."